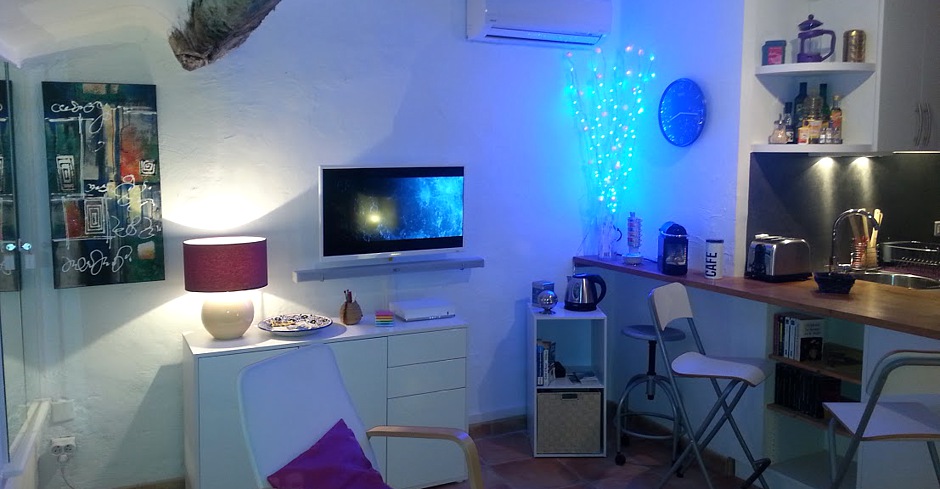 Nice airport: Bus 210 every 30 minutes. ATTENTION: following the work the arrivals as the departures are no longer done at "the city hall" but in Cannes station (8 to 10 minutes from the apartment).

Itinerary: Leaving the station cross the street. Once on the pavement opposite take on his right. A 100 m pass in front of a monoprix department store (on his left). Continue straight and enter the pedestrian area: "Venizelos" street and then "Meynadier" street. Always go straight until you enter the Suquet and the street "Saint Antoine". Climb this street on your right, it quickly changes name and becomes the street of "Suquet". The apartment is at 26 rue du Suquet (top right).

If you arrive by car, taxi .., get dropped off at the corner of rue des Suisses and Boulevard Victor Tuby rather than down the street Saint Antoine.

Many buses and taxis 2 minutes.
Cannes station: 8 to 10 minutes. See itinerary above.
Ferry to 5 minutes

If you decide to park in the Forville public car park, I advise you to park at the highest level if possible. To get to my place, take the exit "rue Tambourinaire, le Suquet". Go along the buildings (on your right) then turn left on the bridge which passes over the expressway (rue des Suisses). Continue straight ahead and enter Le Suquet (pedestrian zone). On the left you will find rue du Suquet (corner with small fountain).

Thank you for contacting me to know about availabilities